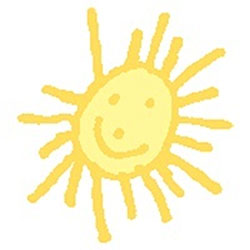 Over the past 4 OCM BOCES’ Responsive Classroom blogs, I have been sharing the guiding principles behind the approach and its 10 teaching practices. This blog entry will focus on Principle 5:  Knowing the children we teach is as important as knowing the content we teach.

I was lucky to spend a day last week with a group of Central New York teachers and school librarians working with Chris Sperry from Project Look Sharp, an initiative at Ithaca College that promotes media literacy.  Media literacy, you say?  What does that have to do with historical thinking?  I found out that it has everything to do with historical thinking!  The term “media literacy” may be misleading.  As a product of the era of Marshall McLuhan, when I hear “media” I always think exclusively of television.  But media and media literacy includes so much more.  I really must update my thinking to encompass a much wider definition of the term.  Welcome to the 21st century, my friends!

According to NAMLE (National Association for Media Literacy Education), “Media literacy is the ability to access, analyze, evaluate, and produce communication in a variety of forms.”  That sounds suspiciously like what we want students to do when they think historically: 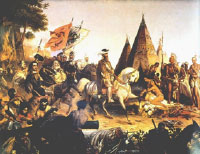 During the Project Look Sharp workshop, Chris modeled the process of Constructivist Media Decoding, a literacy process in which the teacher leads students through collective reading, interpreting and evaluating of media documents.  As we decoded two paintings depicting first contact between Native Americans and white men, Chris encouraged us to look carefully at each painting to notice details and think about the artists’ perspectives and the ideas that are represented in those details.  We had to think about how the paintings reflected not only the artists’ points of view but their values and the values of the world in which they created their art.  Historical thinking, indeed!  This decoding process incorporates many of the Common Core Learning Standards for ELA and Content Literacy and supports students in developing critical thinking skills, not only in history but across the curriculum.  Media decoding is both teacher-directed and student-centered, as teachers guide their students to construct meaning from historical documents.  And even better, it was engaging and enjoyable!  History, media, literacy, thinking and fun!  That’s a potent learning package for the 21st century.

Project Look Sharp has developed a number of curriculum kits and tips for decoding activities that are free to download.  Take a few minutes to check out the Project Look Sharp website and explore the teaching resources and videos explaining more about Constructivist Media Decoding and Media Literacy and let me know what you think!

For those of us invested in Michelle Obama’s vision of reversing childhood obesity in one generation (all of us, I hope!), another milestone was reached this past month. The USDA released its long-awaited, proposed national standards for “competitive foods,” a.k.a. snacks and beverages sold in schools outside of the school breakfast and lunch programs. That’s right. For the first time in over 30 years, vending machines, school stores, cafeteria a` la carte lines, and fundraisers are getting an extreme make-over. The draft standards aim to reduce the availability of foods and beverages of minimal nutritional value (FMNV) in schools that are high in sugar, fats and salt.

Is this really necessary, you might ask? In a word, yes. According the Robert Wood Johnson Foundation (RWJF), students consume 35 to 50 percent of their daily calories at school and are often exposed to FMNVs (which we already knew). Visual cues are extremely powerful, so it’s no real surprise that 40 percent of all students buy and eat one or more snacks at school and 68 percent buy and consume at least one sugar-sweetened beverage. RWJF further reports that as recently as 2010, 65 percent of elementary students across the U.S. had access to FMNV during the school day through vending machines, school stores, a` la carte lines, etc. In NYS, SED law prohibiting the sale of certain sweetened foods during the school day is either unknown or overlooked. In my travels to various school buildings, I have been quite impressed with the energy invested in providing as healthy an environment as possible for students—surpassing current and proposed standards. Conversely, I have also witnessed first-hand the purchase and devouring of candy bars in bustling halls, choosing cookies in lieu of school lunch, and two-fisted PowerAde drinkers. And, that’s not  taking into account what is being ingested outside of school. It leaves little mystery as to why one in three U.S. children is overweight or obese.

You may have noticed that I have indicated that these standards are in draft form. What will the final version look like? Well, that’s up to……YOU. The American public is being urged to review the proposed changes and provide feedback to the USDA before April 9, 2013. If you cannot stand to miss one detail and feel like curling up with this 160- page bad boy (the proposed rule), knock yourself out! For the rest of us, here are some of USDA’s highlights:

Here are some other good sources to review:

Bottom line: the proposed competitive foods standards aim to “clean up” the school foods environment to reflect the meal changes that are currently underway. These proposed standards are not “anti-snack;” on the contrary; they’re about reducing junk foods and instead promoting wholesome, nutrient-dense snacks and beverages that actually enhance students’ learning. Bonus: perhaps an even greater financial gain for cafeterias. As schools reduce the availability of unhealthy competitive foods, it is projected that there will be greater participation in the federally-reimbursed meal programs.

With so much on our plates, it would be easy to put this issue on the back burner or to think Who Am I To Think I Can Influence Such A Huge Change? When the proposed rules for school meals were released a couple of years ago, we learned that the USDA does indeed read ALL the comments posted; in fact, they went back to the drawing board and made significant changes before releasing its final version. So, review some of the sources I’ve provided and decide for yourself if you think the proposed standards are too weak, too stringent, or just right. And, then go here and speak your mind. Be specific. Remember that it’s a cultural shift and, no doubt, one that will not be without some growing pains….but, well worth it for the health of our kids.

I just returned from the PLC at Work Summit with a new perspective on student achievement.  Dr. Anthony Muhammad spoke eloquently about the effect of school culture on student achievement.  A school with a healthy culture has a student-centered learning environment with teachers using student-centered learning activities to provide learning for ALL students.  Administrators and staff who say they support this belief need to be mindful that they are creating and implementing policies and procedures that nurture ALL of our children.

Since the publication of the book Classroom Instruction That Works (Marzano, Pickering, Pollock, 2001) educators and administrators have known END_OF_DOCUMENT_TOKEN_TO_BE_REPLACED 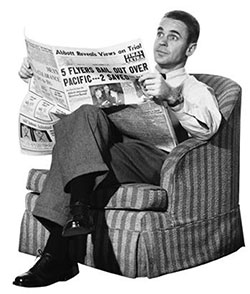 Though I was born on the cusp of the Baby-Boomers and the Gen-X’ers, and technically not considered a digital native, I have been struck by all the platforms of social media of this digital age.   I am a big fan of many social networks (professional and personal) and subscribe to multiple educational E-Newletters and Blogs to keep abreast with what is happening in education and the world.  I depend on these new technologies to do my work and rely on many as my main “sources” of information.  For many of us my age and younger, gone are the days of stopping everything so we can watch the evening news and/or subscribing to a daily newspaper.  At one time, these types of media were our main “sources” of information.  Some have evolved and adapted over time and some have slowly faded away. END_OF_DOCUMENT_TOKEN_TO_BE_REPLACED

“I alone cannot change the world, but I can cast a stone across the waters to create many ripples.”― Mother Teresa

We just finished completed a four day course, Meeting the Diverse Needs of Students,  with Brenda Kaylor from Just Ask Publications as our facilitator.  During the first two days, she invited us to examine seashells and make connections to our students.  We noted the diversity, beauty, END_OF_DOCUMENT_TOKEN_TO_BE_REPLACED

Last week, I attended a concurrent session on fluency at the 2013 National Reading Recovery® and K-6 Classroom Literacy Conference.  A highly qualified group of professional educators, who held a variety of positions including but not limited to superintendents, principals, classroom teachers, special education teachers, and Reading Recovery teachers gathered to engage in learning more about fluency.  The mixed group of professionals reflected and responded to, “What is fluency?” 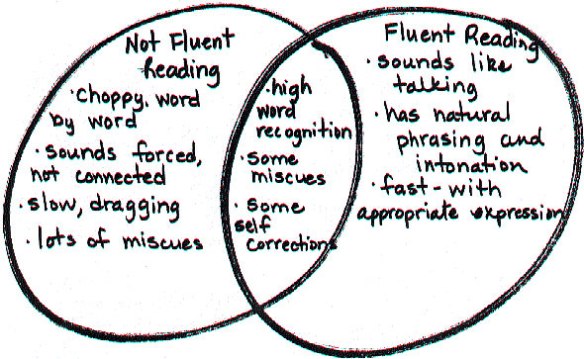 After a few minutes of conversing with our neighboring partners, the facilitator surveyed the audiences’ collective thinking and final thoughts.  END_OF_DOCUMENT_TOKEN_TO_BE_REPLACED

We hear two seemingly incongruous messages about the new APPR system as we visit schools and talk with teachers and principals. First, and most importantly, the talk in schools has changed. Teachers and leaders are talking about learning and teaching more than ever. That is a good; no make that a great, thing! Juxtaposed with that news, however, we often here about reporting and documentation procedures and paperwork that can be crushing. This is lost time – time better spent in classrooms and conversations. Soon it will be time to talk about the next iteration of our APPR plans. We have to take what we’ve learned this year and make it work better, next year. How can we decrease paperwork END_OF_DOCUMENT_TOKEN_TO_BE_REPLACED

With the Next Generation Science Standards final draft due out in March and all those changes looming, I am wondering what is pressing in the STEM classrooms right now. I think a pressing issue is, what are teachers currently doing to infuse STEM, literacy, and the common core standards in their classrooms? All teachers, including teachers of STEM discipline, have no extra time within their day. With all the new requirements, as well as being STEM content experts; they might not END_OF_DOCUMENT_TOKEN_TO_BE_REPLACED